Queen Salote College is named after the first Queen of Tonga, by the King, Salote Lupepau’u. In a society new to the institutions of western society with its labels, the school was more commonly known as the Girls College (Kolisi Fefine.) It has only been in recent years that an emphasis has been made to formally recognize and use the schools title as its name.

Pre-amble to the beginnings of the College

Initially, the intentions of allowing female students was to prepare educated and trained good mothers and wives. Unfortunately, the schooling came to an abrupt end in 1873 due to misgivings by Mr. Baker (chair of the Friendly Islands Mission) about the propriety of behavior between the genders at the church college.

There were many events that worked together to prevent the reentry of females into formal education, which included the schism in the church and economic troubles of the times. Female students were not reenrolled until 1881 by Mr. Moulton  (at this point the chair of the Mission.)

The girls continued with their formal education, and gained extra insight into the lifestyles of the papalangi as they were seconded, as part of their training, to assist in the housekeeping and arrangements of the papalangi residences. In this regard, the Moulton sisters (children of the chair, Mr. Moulton) were willing assistants and trainers. Ms. Melenaite Molitoni helped with the preparation of the girls until her marriage, and her two younger sisters continued the work, Ms. Heti, and Ms. Kafoloto as the girls were known to the Tongans.

In 1921 the facilities and land at the college was no longer adequate to house and cater for the growing enrollments so a decision was made to relocate the college from Nuku’alofa, to Nafualu a distant, largely unused land area to the west. Tupou College was relocated, but a decision was also made to continue the girls education on the existing premises. The Queen Salote College dates its independent beginnings not from the separation in 1921, but from the academic independence it formally gained in 1926 when the girls first took examinations independently set from those set at Tupou College.

The history of the college is a story of perseverance, the endurance of human nature, and the belief in making a difference. Queen Salote’s history is not only about those who have made a successful transition into western influences, but also of those who did not get the opportunity, and of the Kingdom of Tonga. 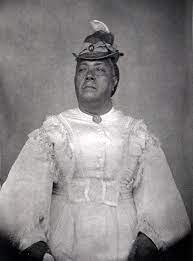 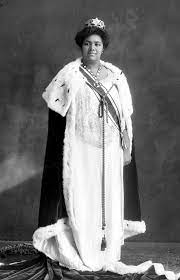